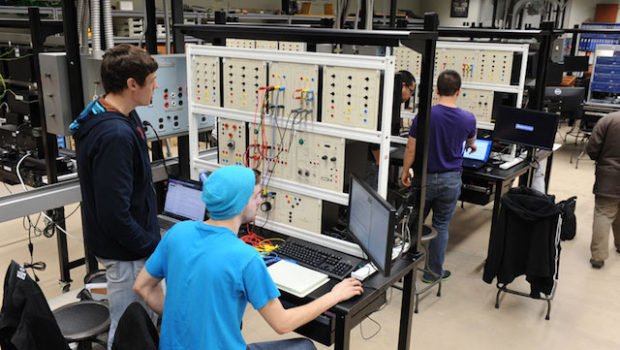 SPOKANE, Wash. — Two utility companies in Washington have been awarded $3.5 million each from the state’s Clean Energy Fund for research into making city electric grids more efficient. Their projects are just the beginning of efforts to make cities smarter.

Spokane-based Avista Utilities will use the grant for its “Shared Energy Economy” project, researching how a power grid can integrate a variety of energy sources as more customers transition to clean energy. Avista engineer Curt Kirkeby explained how the project could work.

“For example, if we had a period of time where we had peak energy consumption because everybody was using it at the same time, it might shift some of that usage to a different time period, so that the average load across that period would be lower,” Kirkeby said.

The Snohomish County Public Utility District received the other grant.

Both companies are working with technology to help a state in transition, integrating old energy sources with new ones like solar and wind, and storing them at one site.

Snohomish is building the “Microgrid and Clean Energy Technology Center” in Arlington. Neil Neroutsos, spokesman for the county’s utility district, said one of the keys is grid resiliency, which also has other benefits.

“If there were a major disaster in the Pacific Northwest – a major earthquake, for example – we could ‘island’ this site,” Neroutsos said. “We could isolate it and use it as a backup area that’s actually self-energized, essentially, with all these various sources.”

Avista’s Shared Energy Economy is part of a bigger project called Urbanova, which has set up a “smart city” lab in Spokane’s university district. Kirkeby said together, Avista and the universities are researching smarter infrastructure designs, such as employing streetlights for more than just lighting the roadways.

Since 2013, the Clean Energy Fund has distributed more than $72 million. It’s been just over a decade since Washingtonians passed an initiative for the state to get at least 15 percent of its electricity from renewable sources by 2020.