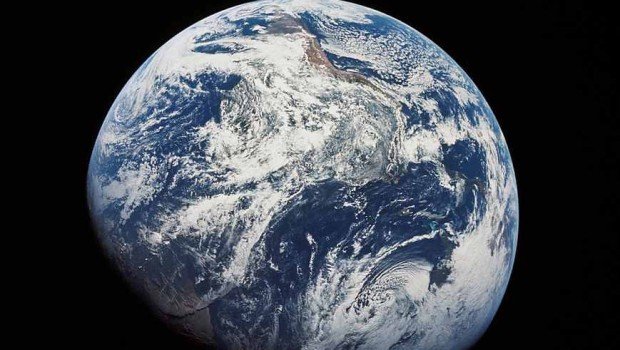 A day for Our Mother Earth

How many holidays do we have? MLK Day in January, Valentines Day in February, Easter in March or April, Earth Day in April, Memorial Day in May, and so forth. Of those few examples, two were declared in my adulthood. New holidays take time to catch on and embed themselves in the culture. They can stray from their roots. Christmas is for consumerism. Veterans Day is to promote war. Thanksgiving is for football.

The first Earth Day, in 1970, was the launch of a new holiday with deep challenger social meaning for many of us. I was 19. I was excited that this new holiday reflected my values, the ones I was raised to hold, the ones that had worked forward from many indigenous leaders to John Muir to Aldo Leopold to Rachel Carson. My Dad taught me the number one value and tactic in life: always leave the campsite a bit nicer than when you found it. We camped across the country and that was our ritual; we broke camp and made sure the site was free of garbage but also had a bit more firewood left for the next ones than what we found.

Earth Day was meant to bring that ethic forward in innumerable ways. It was meant to celebrate the first major environmental protection law, the National Environmental Policy Act of 1969, and to promote more protection from the industrial, chemical, bulldozer, polluting, clearcutting, strip mining, ocean dumping, fuel spilling, poison spraying, habitat wrecking culture that was turning America the Beautiful into America the Dumpsite, America the Cancer Ward, America the Slashed and Burned.

It is a holiday that had an agenda and still has it. Few purchase glitzy gifts for the occasion and no one gains 10 pounds from rich food on Earth Day. Find the Earth Day section in the card aisle in Walgreens. Ha. Good luck with that. Simply put, Earth Day is anathema to corporate predatory culture and so far has not been amenable to hijacking. As a result, it is largely a roll-your-own day, no one takes off work to celebrate it, and the vast majority of attention it gets is from elementary school teachers who have a value affinity with its meaning and want to pass that along to children.

So thank you, teachers. Thank you, environmentalists. Thank you, naturalists and nature lovers. This is your day. Long may its meaning and message hold forth and may it mark great victories for our environment and clean future. April 22, Earth Day 2015, a day of hope and challenge toward a society that cares for the future of the generations and the rights of the generations to hug huge Redwoods, breathe clean air, eat healthy food, drink pure water, and see all the species in their wild places.

One Response to A day for Our Mother Earth