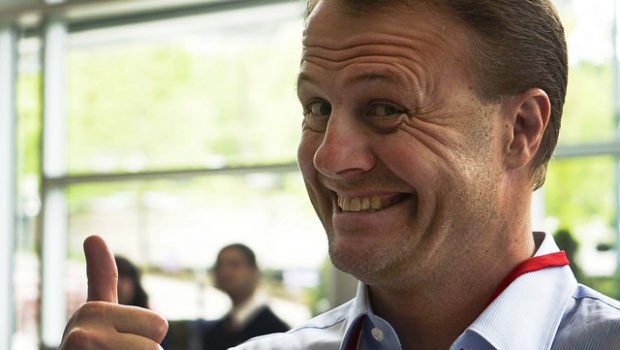 The lawsuit alleges that Eyeman used campaign funds for personal use and intentionally concealed the fact that he did so.

More, from a press release sent out by the attorney general’s office:

If successful, Eyman and his for-profit company, Tim Eyman Watchdog for Taxpayers, could face $1.8 million in penalties, plus $308,000 in reimbursement.

Citizen Solutions and one of its principals, William Agazarm, could face penalties up to $924,555.

Ferguson will also ask the court to bar Eyman from participating in or directing financial transactions for any political committees going forward. A 2002 agreement permanently barred Eyman from serving as treasurer for political committees. Yet, the lawsuit alleges, Eyman still managed to weave an elaborate web of financial transactions to hide campaign funds, enriching himself while keeping his contributors and the public at large in the dark.

This scheme duped contributors who thought they were donating to one initiative, but instead were supporting Eyman