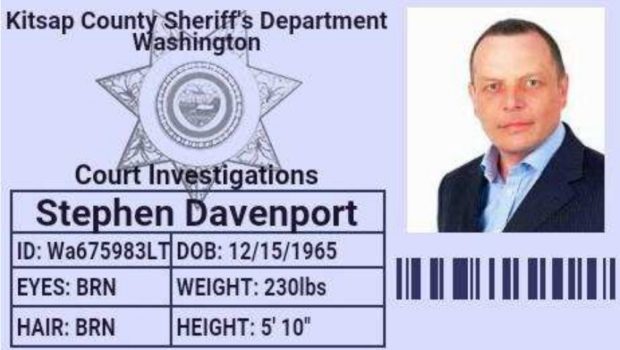 A guy is calling Kitsap County residents saying he’s from the sheriff’s office. He tells people they’ve failed to appear for jury duty, that a warrant has been issued for their arrest, and that if they pay $2,000, he can make it all go away.

But he’s full of shit.

The Kitsap County Sheriff’s Office and other local agencies, including the county clerk’s office, is advising the public that this ongoing scam has resurfaced in the West Sound area.

The caller reportedly identifies himself as Stephen Davenport, a court investigator with the Kitsap County Sheriff’s Office. He tells people they failed to show up for jury service, “grand jury duty,” or committed some other offense, and that a warrant has subsequently been issued for their arrest. He even goes so far as to tell people they should appear in a courtroom at a specific time and date to deal with the warrant.

In order to quash the warrant, the scammer reportedly tells his victims they must pay him money via a prepaid card, such as Green Dot prepaid Visa or MasterCard debit cards, or MoneyPak. He seems to usually ask for $2,000. 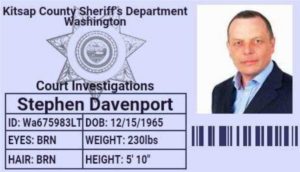 The asshole calling people and telling them there’s a warrant out for their arrest because they didn’t show up for jury duty reportedly texted some of the victims photos of this fake ID card. (Courtesy of Kitsap County Sheriff’s Office)

People report that the caller sounds credible and believable, and he’s even texted victims a fake ID card, purportedly from the sheriff’s office.

DON’T FALL FOR IT!

All communication regarding jury duty is sent out in writing. No department of county government will