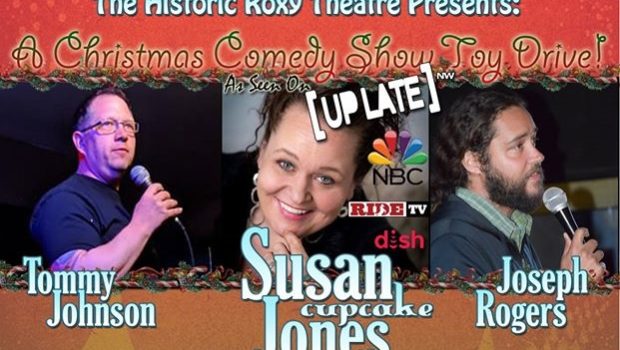 Joseph Rogers’ mom taught him a Christmas lesson when he was a kid that has stuck with him his entire life — and now he’s using that experience as a springboard to raise toys for children in need this holiday season.

He was 5 or 6 years old, and his mom was raising him by herself. He had a favorite toy — a monster truck — that may have even been his only toy, he recalled.

“One day, when the holidays were coming up for Christmas, my mom said that there are needy families out there that are in worse situations than ours and if I donate my toy, that it could go to another kid who might need it,” he said.

He didn’t like that idea, and he thinks that’s why the memory has stuck with him: He was angry. But his anger eventually faded.

“It wasn’t until after I [gave up the toy], and then after Christmas passed, that I realized that somewhere out there there’s a kid who got that toy and it probably made his day,” he said. “For me, the feeling that I’ve had of giving instead of keeping for myself, is an amazing feeling I only felt because my mom was persistent about it and didn’t just let me cry my way out of it.”

Rogers is hoping to help provide a similar experience for people in Kitsap County. Rogers, who produces comedy shows under the Comedy in Kitsap name, is producing the biggest show of his career later this month — and he put it all together to raise toy donations.

The comedy show and toy drive is 7-8:30 p.m. Dec. 22 at the Historic Roxy Theatre, located at 270 Fourth St., in Bremerton. Tickets are $15 in advance or $20 at the door. People are asked to bring a small toy to donate to Kitsap Community Resources, and participants will be entered into a multi-prize raffle. Buy tickets online here.

“I’m hoping that the culmination of seven-and-a-half years of doing comedy will allow me to have a good turnout and raise a lot of toys to go to Kitsap Community Resources,” Rogers said, noting that the organization helped him out personally when he needed help paying utility bills. “It’s a way for me to also give back to them for helping me out,” he said.

“Susan Jones is my comedy mentor,” Rogers said, noting that she’s opened for household names like Rob Schneider. “I’ve known her since I was 15 years old … and she started doing comedy during that time and she’s always been there to help me. It’s just such a cool thing … that when I was younger she took me in and was like a mother to me when I was a teenager, and it’s never stopped, so now we get to do a show together at the Roxy and it’s really exciting.” 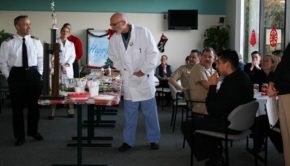 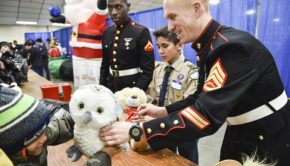