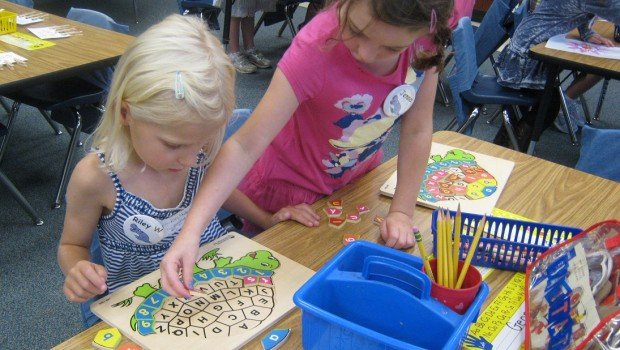 SEATTLE – A new study of bilingual and monolingual toddlers could be reason for Washington parents to share this story in two languages.

Cristina Crivello, a PhD student at the University of Concordia in Montreal who led the study, says one-and-a-half-year-old bilingual children have abilities that are beneficial for people at any age.

“It’s these specific cognitive abilities like selective attention and cognitive flexibility where they have to focus on relevant information and ignore distracting information,” says Crivello.

Speaking another language can also improve children’s chances of getting a job later in life, both at home and abroad. Bridget Yaden, professor of Hispanic Studies, Pacific Lutheran University in Tacoma, whose third-grader is enrolled in a dual-immersion language program, says her son will be able to bring another set of skills to potential employers.

Those employers could be in any number of countries around the world.

“Just the general ability to learn a second language or a third language,” says Yaden. “He could really go anywhere and be much more open to the cultural practices and really kind of make his way.”

Children immersed in other languages can more easily pick them up because their brains are more receptive to acquiring language. Yaden, who also teaches foreign languages, says she can see how fast her son is progressing compared to her college students.

“He’s definitely leaps and bounds beyond where my college students, who may have had the same amount of time with the language, are,” she says. “He’s definitely progressed much more quickly.”

Yaden, who is fluent in Spanish and has studied other languages, adds she didn’t start to learn a foreign language until high school.