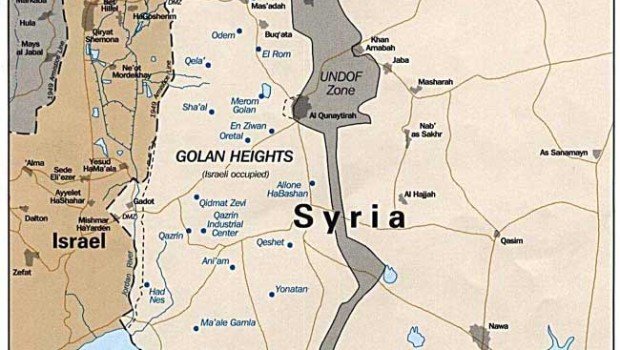 We are about to bomb Syria and we shouldn’t.

It is pretty clear that Syria and the Middle East continue to be a mess. There are lots of conflicting issues in play; religion, oil, geopolitical, militarism, historical conflicts and a push for more freedom.

There is a very destructive civil war going on in Syria that has negatively impacted a large segment of their population. It is now currently alleged that nerve gas has been used as a weapon against the opposition. A terrible escalation.

Some believe that Obama is bowing to domestic political pressure and once again calling for a violent military response. On the other hand many also agree that there is major suffering going on in Syria and something has to be done. But what?

It is pretty obvious that we are in a lose-lose situation. Doing nothing will cause more suffering and bombing will probably cause even more suffering without any assurances that a better outcome will happen for the people of Syria.

I was active in a group called Beyond War in the 1980’s. We believed that War Is Obsolete. Obsolete doesn’t mean that there are no wars on the planet. It just means that wars don’t work, they don’t accomplish anything.

Howard Thurman, American Civil Rights philosopher, said that choosing the path of violence destroys the creative opportunity to really solve a problem. The urge for a quick solution gives people a quick high but it almost always replaced with a long-term headache. This is very apparent in our international relationships. Violence is always counter-productive. It doesn’t work. We hurt people and destroy lives.

What can our country do to really make a long-term positive impact in the Middle East? That would take some of our best thinking but it won’t happen because the US national exceptionalist mythology is too strong, that we are the most powerful country in the world and can therefore do whatever we want to do. After 9/11 we never asked ourselves why someone might want to bomb us or what our options are. We don’t give creativity a chance. We don’t apply our values to our decisions.

We are in fact bullies in the eyes of much of the world?an attack on Syria now would confirm that to the millions who already see that no country has invaded and occupied another country in this entire new millennium except the USA. And even worse, we are often going to war to protect American corporate interests. These are examples of obsolete thinking.

Here are a few creative suggestions for what the US could do in the Middle East.

1. Decide what our deepest values are and live them.

2. Serve as a better role model of a functioning democracy. Use the old expression ‘attraction instead of promotion’.

3. Encourage practical solutions for dealing with the poverty and ignorance in the Middle East.

4. Reduce the influence of oil on our decision-making by moving more rapidly towards alternative energy.

5. Begin the process of serious disarmament of our own weapons of mass destruction.

6. Ensure that the world spotlight shines brightly on the parties causing the suffering. Name them. Treat them as criminals and call them to justice.

7. Spend our foreign relief money on relieving suffering of citizens impacted by violent governments, not on arms.

8. Support nongovernmental organizations that are in the field helping people.

9. Make a personal commitment to resolve conflict without violence.

10. Find out who the indigenous groups are on the ground who are opposing the regime using exclusively nonviolent tactics and support them.

11. The UN Security Council should design, pass, and enforce tough economic and political sanctions that radically affect only the elites who are ordering the violence and the forces carrying out those orders, not the average citizen who is already suffering.

12. Support a parallel government if the violent regime persists.

13. Redirect resources away from military aid toward humanitarian aid to refugees.

15. Offer the most brutal dictators a way out that allows them to live out their lives protected from the military strikes and outraged mobs they righteously fear. Trade some justice for much less bloodshed.

16. Ask the nonviolent parties on the ground in Syria in this case for more creative ideas to pressure change and protect the innocent without violence. Help put them into play.

All of the above take a willingness to give up violence and find real solutions. We need and they need a much better answer.

Victor Bremson, Seattle, is a long-time peace activist and writes for PeaceVoice.