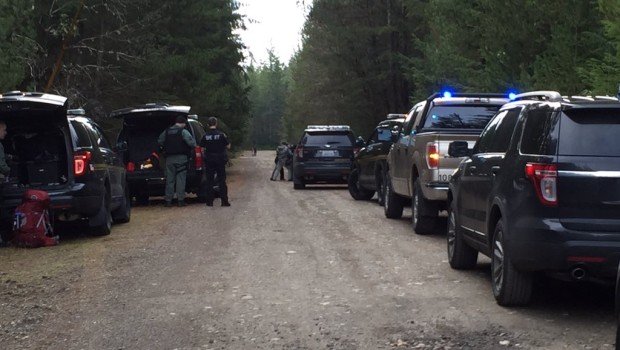 Update: King 5 reports that the Kitsap County Coroner has identified three of the victims and the shooter. One victim remains unidentified pending notification of next-of-kin.

The victims, who were reportedly found in an outbuilding on the property, were identified as Lana J. Carlson, 49; Quinn Carlson, 16; and Tory Carlson, 18.

The shooter was identified as David Wayne Campbell, 51. He reportedly shot himself dead.

Update: The Mason County Sheriff’s Office is reporting that the alleged gunman has shot himself. A 12-year-old girl escaped unscathed. The sheriff’s office is not confirming the victims’ relationship to the shooter at this time, and states that the names of the victims will not be released until next-of-kin have been notified.

The Mason County Sheriff’s Office reported that it was responding to a shooting near Belfair around 10 a.m. today.

Four people were reportedly shot, according to the sheriff’s office. A SWAT team is currently negotiating at the scene.

The sheriff’s office asked media to clear the airspace shortly after the incident, as Washington State Patrol aircraft was being called in.

Negotiations are ongoing and the area has been contained, according to the sheriff’s office.

Reports of four shot at a private residence. The SWAT team is enroute Outside of Belfair. No address will be given until the scene is secure