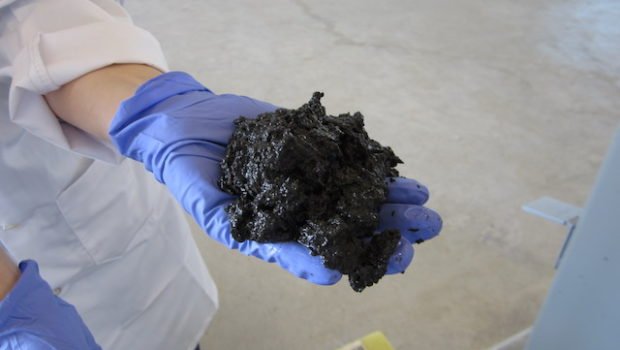 What Americans Flush Could End Up in Their Fuel Tanks

RICHLAND, Wash. – Research at a Washington state lab is proving not everything flushed down the toilet is waste.

Scientists at Pacific Northwest National Laboratory have created an energy- and cost-effective method for turning sewage into biocrude oil. The process mirrors the geological conditions that create fossil fuels. Waste is subjected to high temperatures and pressures, dissolving biomass in the waste into a crude oil product. The crude oil then can be refined for blending in jet fuel, diesel, and gasoline.

“Say with sewage sludge, the scale would be a city, let’s say, of a million people or 2 million people, the amount of transportation fuel that could be generated would equal roughly the same amount of fuel that is required to run the same city’s fleet of vehicles,” said Justin Billings, an engineer on the research team that has developed the process.

Billings said there isn’t enough sewage to run every vehicle in a given city, but could be an integral piece when combined with other renewable-fuels projects to reducing the country’s dependence on foreign oil. The process has the added benefit of producing nitrogen and other elements used in fertilizers.

PNNL now is in the process of scaling up the project. The city of Vancouver, British Columbia, is working on a pilot project that could be operational by 2018. The project has another upside: Disposal of waste is a costly issue for cities. In the best-case scenarios, Billings said, waste is sent to sites that turn it into fertilizer.

“It’s either shipped in, usually big trucks to the site, or incineration or even some municipalities landfill the stabilized sludge at a cost to the city or municipality,” he said.

However, there is a downside. The fuel refined from the biocrude oil burns the same as petroleum-based fuel, carbon dioxide included. But the source for the fuel is large. Wastewater treatment plants across the country treat about 34 billion gallons of sewage every day. According to PNNL, that amount could produce 30 million barrels of oil per year.

Featured Image: Researchers at a Washington state lab say the amount of sewage treated in the United States each year could yield 30 million barrels of oil. (Water Environment & Reuse Foundation)