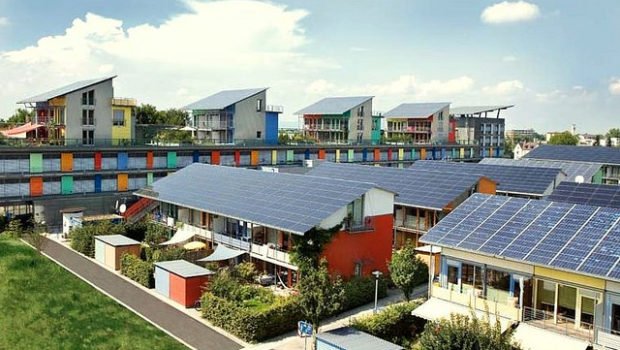 Washington state’s step toward a clean-energy future in the new year will involve more communities generating their own renewable energy. The Evergreen State is one of four chosen by the National Governors Association to swap policy advice on how to modernize its electric-power sector.

Tony Usibelli, special assistant to the director at the Energy and Climate Policy Division of the Washington State Department of Commerce, said the state has already taken a special interest in something lacking in the Northwest.

“Policies around small, distributed generation,” he said. “Things like net metering, where you can sell your electricity back to utilities; things like the deployment of more community solar systems.”

The National Governors Association also chose Oregon, Kentucky and Rhode Island to participate in what it calls a “policy academy.” Washington plans to focus on reforming market incentives for solar as well. According to the Solar Energy Industries Association, the state’s solar-energy capacity in 2015 grew by 85 percent over the previous year.

Usibelli noted that Washington already produces and relies on more renewable energy than any other state in the country. Hydropower provides more than half of the state’s electricity, but he said the goal is to fill the rest of its needs through other renewable power sources.

“So, our interest is in finding ways that we can help fill in and help develop, particularly through this academy, some of what are becoming much more economically attractive, distributed resources to generate renewables,” he explained.

Not everyone sees hydroelectric dams as truly “renewable” power, because of their effects on fish populations and the natural flow of rivers. But the state has ambitious carbon-reduction goals. It plans to reduce carbon emissions to 50-percent below 1990 levels by 2050.

Featured Image: Washington state is looking to learn from other states how to develop community solar projects. (naturalflow/Flickr)