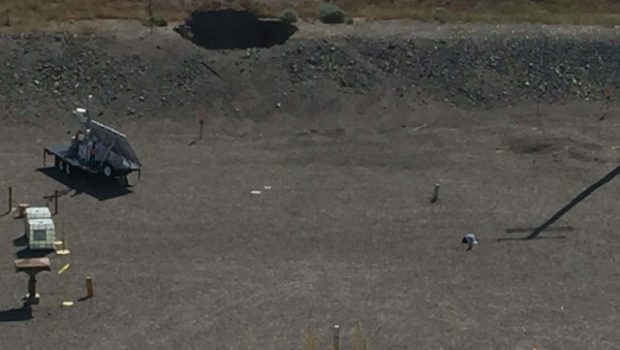 Workers were evacuated Tuesday after the roof of a tunnel containing rail cars with radioactive material collapsed at the Hanford nuclear site. No one was injured, but the U.S. Department of Energy issued an emergency alert and around 3,000 employees in the surrounding areas were ordered to take shelter indoors.

Tom Carpenter, executive director of the watchdog group Hanford Challenge, said this is another example that shows the aging facility is in need of serious improvements.

“We’re looking at this very much like a wakeup call that you can’t keep putting off dealing with Hanford’s risky business,” he said, “and this was one of ’em, and there are a lot more out there.”

There are no indications of a release of radioactive material from the tunnel, according to the DOE. Carpenter commended the agency’s quick response with precautionary methods to evacuate workers and order shelter for those nearby. However, he said he is concerned about the DOE’s lack of transparency. Originally, he said, the agency reported Tuesday’s emergency as just a precautionary measure without alluding to the collapse, which now is a 20-by-20-foot hole and larger hazard.

In this case and others, Carpenter said, the DOE has not been forthright about what’s happening on the ground.

“It just gets tiresome,” he said. “It’s like, ‘Come on, spill. What is the situation? Be truthful about it. Don’t deny it or soft-pedal it.’ They had a bad day at Hanford – and it’s not over.”

Carpenter said he wants to see another agency in charge of the Hanford cleanup.

Hanford is the nation’s largest nuclear cleanup site, with more than 50 million gallons of radioactive waste stored in underground tanks.

The DOE emergency alert is online at hanford.gov.

Featured Photo: A large hole, seen at the top of the picture, developed over a tunnel at the Hanford site. The tunned contains rail cars containing radioactive waste. (U.S. Department of Energy)