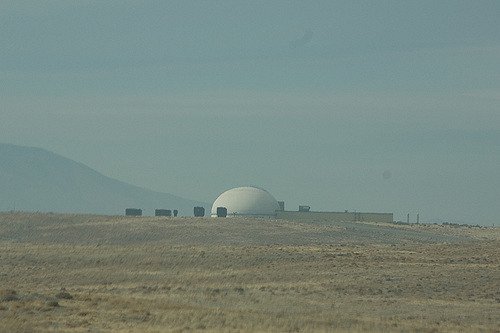 Radioactive contamination is spreading at an aging facility on the Hanford Nuclear Reservation in Richland, Wash., according to a report from the U.S. Department of Energy.

The REDOX complex last processed plutonium 50 years ago, but annual inspections by the DOE have found the radiation is spreading to adjacent buildings, possibly through rainfall. Inspections also found evidence of animal intrusion into the plant.

Tom Carpenter, executive director of the nuclear-waste watchdog group Hanford Challenge, said it doesn’t pose a threat to humans in its current form, but that could change as the buildings deteriorate.

“While it’s in the building, it’s not a threat unless someone goes in there, but eventually, it will become a threat, obviously, because those buildings can’t contain that stuff forever,” he said.

The DOE is taking public comments until Jan. 20 on the fate of the REDOX complex. The agency’s preferred course of action is to close the plant and two nearby structures, and remove two underground storage tanks containing the chemical hexone.

The Tri-City Herald reports the DOE recommends spending $181 million for interim cleanup and building maintenance. The facility isn’t scheduled for demolition until 2032.

Carpenter said REDOX is just one of part of the problem at Hanford, which is half the size of Rhode Island and is the most contaminated facility in the nation.

“They use the word ‘cleanup’ but really, they’re containing it,” he added. “There is no cleanup of radioactive waste, it’s really just a matter of trying to contain it and keep it out of the way. Away from our food supply, our air, and our drinking water for as long as that waste is dangerous, which is tens of thousands, hundreds of thousands, in some cases millions of years.”

Carpenter added that the massive effort to clean up the decommissioned nuclear site is in need of more oversight and transparency. He said the handling of whistleblower cases and allegations of fraud have shown an overhaul of management of the site is needed.

Featured Image: The Hanford Nuclear Reservation is the most contaminated nuclear site in the U.S. (Philo Nordlund/Flickr)